Probably, there is no project like Ballicons for us. Thanks the first icon set, launched in 2013 you’re reading this very article and virtue of the Ballicons exists PIxelbuddha as you know it. This way a spontaneous release of a few icons both has completely changed the nature of our work and rendered us much-much happier.

It was 2013 and flat was an uprising trend in design. Everyone was crazy about it, though the sites hadn’t gone flooded with an enormous amount of the single-type illustrations and design assets in this style yet. We happened to be one of those, so we made up a couple of icons – just for practice. Once the first 6 icons were created we posted them on Dribbble. Shot with these icons got so well-received that it got to the first Dribbble page in Popular and within the following week we received a range of offers to make up icons for some projects, an ultimate Smashing Magazine offer to publish something on their site and a pretty flush of positive feedback. 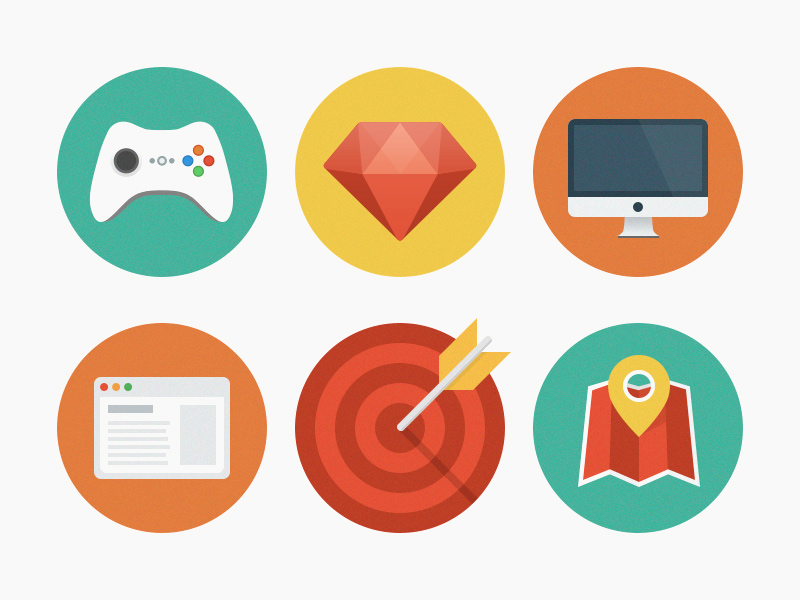 No doubt here, we set our sights on something different, and the idea to craft a pack of about 100 icons appeared the most vivid and exciting one. Guess, for that moment there was only one premium flat design product, but we wanted it completely different: another size, another level of detalization, another style. 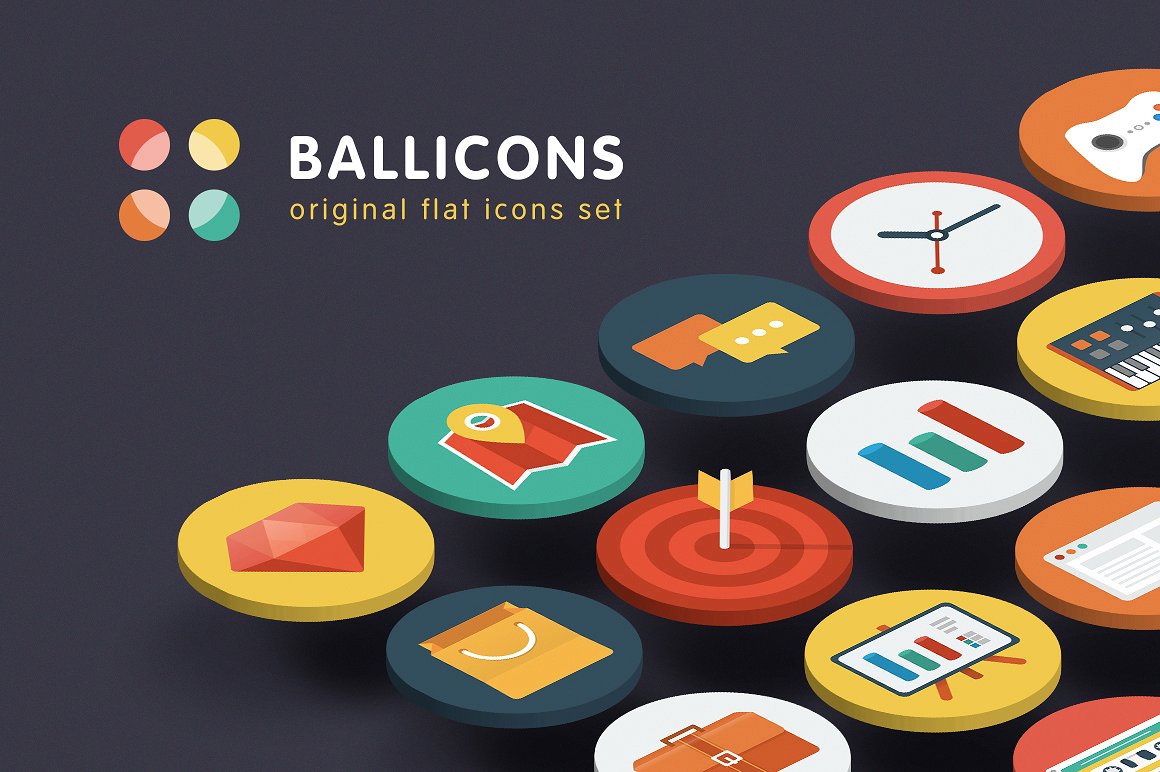 Result: being some kind of a “side” project, the pack was ready within 3 months or so. It was released on CreativeMarket and on a stand-alone site that we promoted in our Dribbble and Behance publications. Can’t say we were heaped with sales, but the products was purchased many times per day every day and it lasted really long – the sales of Ballicons didn’t stop neither at the end of the first nor of the second week. Frankly speaking, even today, though over 3 years have passed, it happens to be purchased despite Ballicons 2 and some other flat icons pack are on.

The decision to launch Pixelbuddha project was taken within 2 months after Ballicons release. We came to the idea we do want to create content for designers instead of carrying out clients’ tasks. After a while there was one more thing to realize – we’ve gone capable of rendering Ballicons even better, even more original and numerous. So along with PixelBuddha, we settled to work on the second pack destined to take more time and effort. 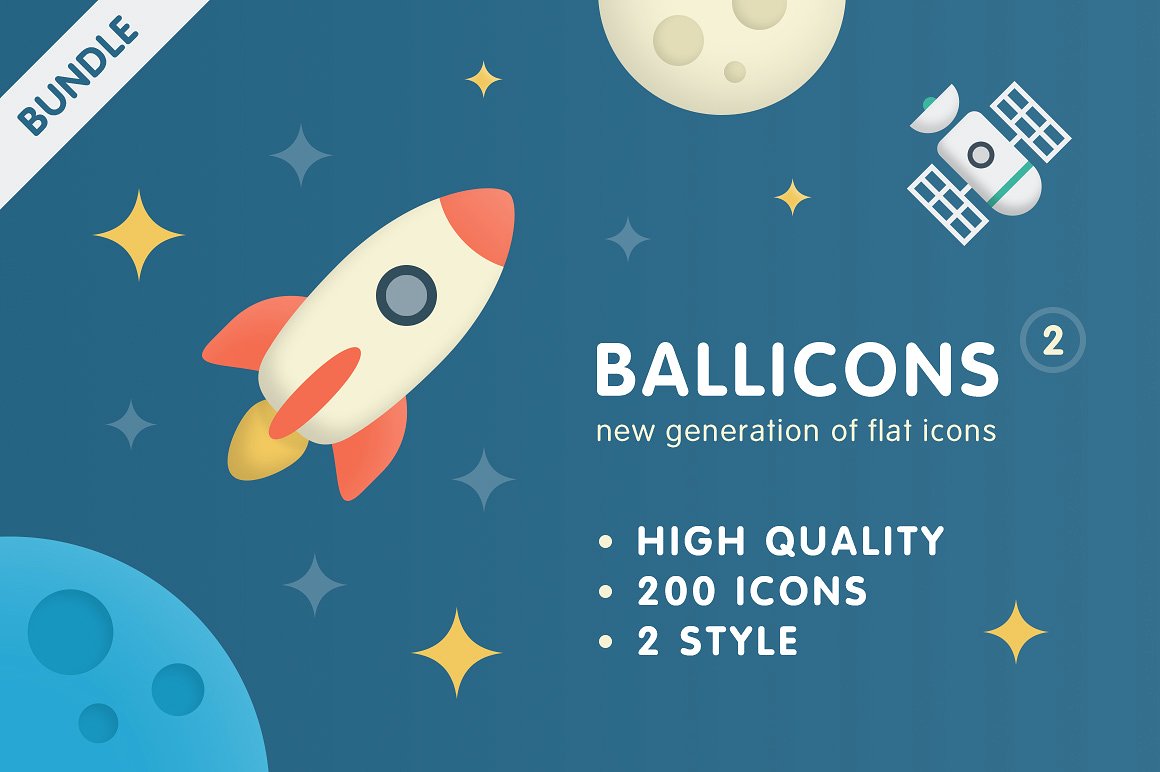 The outcome was more than satisfying: there were more icons, their style became more captivating. Also, we introduced the version with shadows and gradients. Ballicons 2 was released over 2 years ago, but it still holds up, it is still purchased and we know no similar products of the same quality.

Design is a dynamic area, and from day to day trends appear and vanish, designers from all over the world think out new visual solutions for the simplest things ever, and it often happens to be really cool. Therefore the second anniversary of our second set we concluded we are able to re-energize it and offer you Ballicons 3 – a set with even wider range of icons and new vibrant visual style. 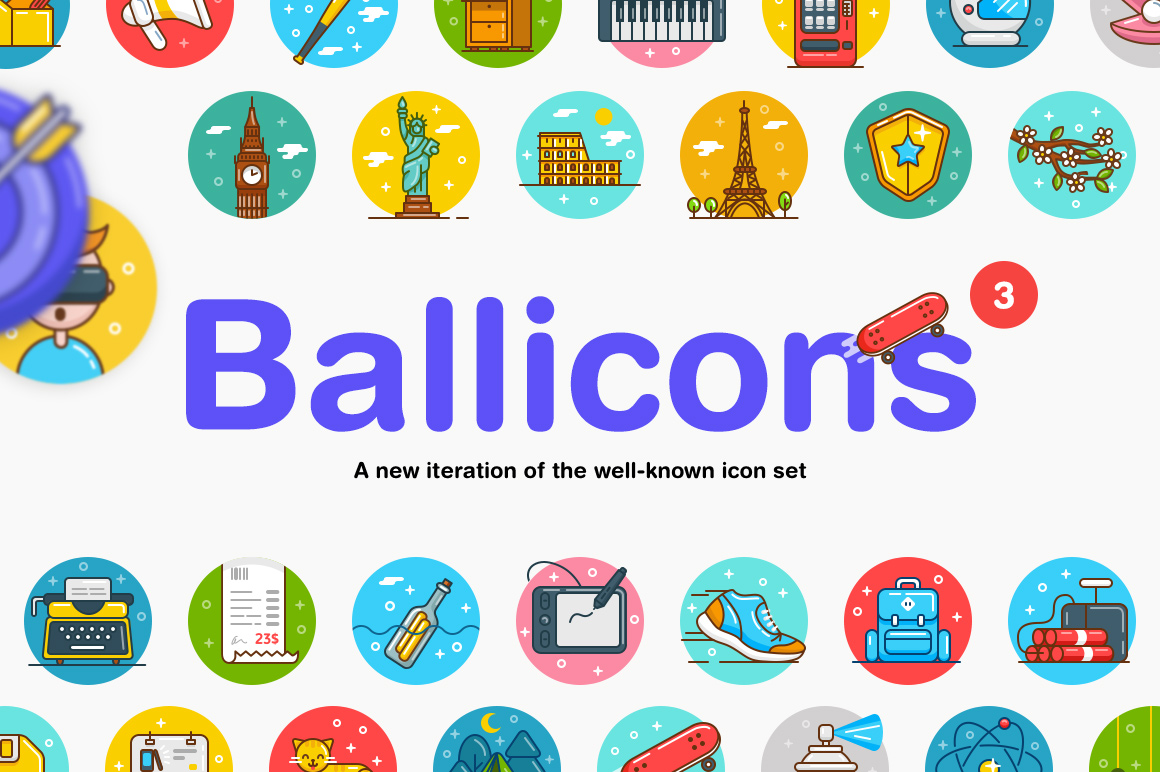 We’re greatly inspired by this release and do hope that everyone, especially the ones familiar with Ballicons series, will duly appreciate the energy put into Ballicons 3. You can download the free version of the set here.

Nick Frost is a UI/UX Designer and a co-founder of Pixelbuddha project. You've certainly seen his work if you familiar with our website, but for a closer look you can check out Nick's Dribbble and Behance profiles.

Set up a photo laboratory in your Photoshop with our latest Photo Effects bundle featuring 30 premium templates!